I kicked the blog off with a rundown of 2009’s best storyarcs, an entry that was hard as hell to write because honestly there were tons of good books last year and while I wanted to showcase only a chosen few, I didn’t want to leave out anything that needed to be showcased. On the other side of the coin, we have today’s entry, a look at 2009’s most abysmal outings. My criteria for this list is not quite as exclusive as the “best of” list, because sometimes you don’t need a story to be finished to realize it’s a piece of shit. Usually if it’s three issues in and you’d still rather pluck out your own pubic hairs with a rusty pair of tweezers, it won’t change by the end of the arc.

So here we go! 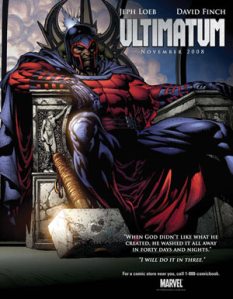 It started in ’08 but it ran through the first chunk of ’09 and as far as I can tell, I swear to God, Jeph Loeb is a sleeper agent, placed in the Marvel offices by DC to destroy their publishing lineup from the inside. It’s like a retarded 24 plot played out in slow motion so every mind-numbing detail can be drawn in until the mind can’t handle it anymore.

I’m not going to go after the book for being dumb. I mean, it’s an event book and nobody can make an event book NOT dumb. (I’m looking at you Geoff Johns.) My main problem with the book is that it is so sloppily written, and so disjointed that as a reader you sometimes don’t even know how bad it truly is until you go back and re-read the pages over again trying to figure out exactly what the hell you missed that led you to be so confused.

I’m probably gonna catch flak for this one but people, this shit was sub-par and the publishing delays only made it worse. The fact that the “epic conclusion” was a veritible anti-climactic letdown is all you really need to look at in order to see what a throwaway piece of tripe this storyline really is. Aside from some nice art, this whole thing was a wash, no matter what the sales say. People buy dumb shit all the time. Don’t believe me? Go talk to the guy who invented the “Snuggee.”

The truly sad thing is, everybody ate this thing up like it was the best thing since sliced bread when Jason Aaron’s excellent Weapon X book doesn’t get nearly the credit it deserves. That book utilizes the continuity of Wolverine without being confusing, moves at a breakneck pace and is worth every penny while still managing to come out on a monthly basis. Old Man Logan was an uninspired and unoriginal idea that people went nuts over for a reason that eludes me entirely.

Let’s take everything that drove me away from comics in the 90’s and put it in a single book. That’ll work right? *facepalm* 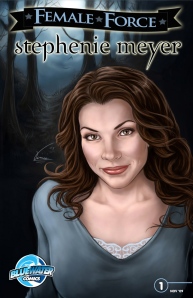 I would say that my hatred of the Twilight phenomenon is completely rational. After all, how any sane person would look at the success of such a lazy and contrived series and still manage to think that our society hasn’t sunk into an irrepairable cavern of stupidity that is only 15 degrees off “Idiocracy” is completely beyond me. The fact that someone decided it would be a good idea to publish a comic book biography of the woman responsible for this crime against humanity simply edges me toward clawing my own brain out with an olive fork.

The fact that the book exists is enough to qualify it on sheer “WTF-factor” alone, but the book having art so bad that it borders on the laughable earns it a legitimate spot on the list. Not to mention that Stephanie Meyer is essentially the most boring person this side of John Kerry and thus the book itself is nothing short of a chore to read even if you never look at the art.

Comics Alliance basically said everything I ever could in the review they posted back when the book was released on shelves. The only difference is they still have the energy to mock the book whereas I can only shake my head and try not to vomit. 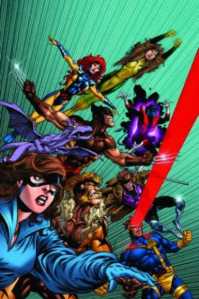 This should have been excellent, but then I remembered that Chris Claremont hasn’t written anything of any quality since the 80’s and by then it was too late. I had already added the book to my pull and was damned to read what may be one of the most effortlessly tired books in the Marvel publishing line.

The problem with the book is that it wants us to get all nostalgic for the days of Claremont and Byrne but the Claremont we all fell in love with is gone and what remains is a madman who is following up on his own work in such a manner that it’s hard to tell that the same person who wrote all those classic stories is able to give us such a winded and uninteresting take on the X-Men.

This one takes the coveted biggest disappointment award for 2009. Such a tragedy.

Like X-Men Forever, this one makes the list out of disappointment. Larry Hama writing a GI Joe origin story from scratch? Yes please! Wait… What the hell is going on here? What am I reading? MAKE IT STOP! WHY LARRY?!?! WHY?!?!

Yes, the former master of the Joes has turned in one of the sloppiest and mind-boggling Joe stories of all time. Considering that Hama is the man who made GI Joe what it is today, for him to do such a disservice to the franchise by delivering such a bland and cliche outing in the Origins book, it’s like watching your childhood hero bang a tranny hooker on the hood of your car. You’re willing to put up with a lot, given that he’s your hero and all, but this is JUST. GOING. TOO. FAR!

And there are others; Green Arrow/Black Canary continued the downward spiral for both characters, Superman didn’t even have Superman and seemed like the title had died but continued on only out of habit, Justice League of America languished in mediocrity, and there are others that fit the bill just as badly. The above are the ones that really stand out as the losers of ’09.

In Case You Were Wondering…

I know it’s completely off topic and random almost to the point of absurdity, but I feel like sometimes you have to take a stand for what you believe in. I’m a brave man, really, if you think about it. [/sarcasm] 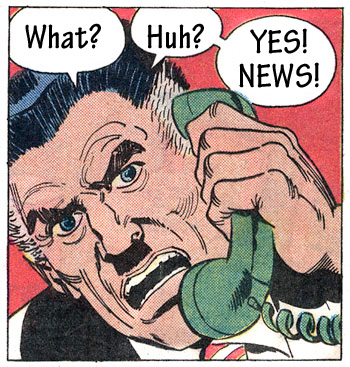