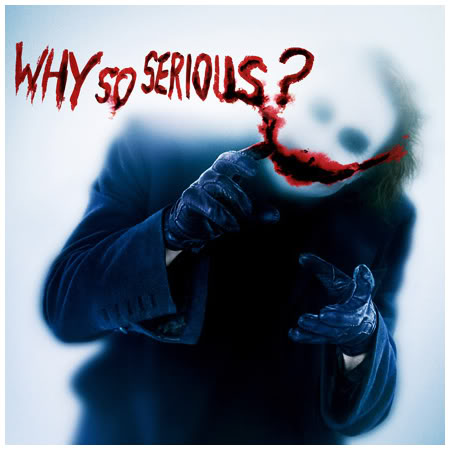 Earlier today, I engaged in a debate about the merits of Old Man Logan on Twitter with Sex Food and Comic Books contributor and nerdress Satine Phoenix. It all began with a simple tweet:

To which, I responded:

Please note that I’m only posting this because I’m incredibly bored and I think it’s funny. Satine is great and so is Joe,  her co-conspirator over at SFCB. They run an awesome site and though our tastes may run in different directions sometimes, it’s nice to have someone to discuss these things with.

This week begins a drastic reduction in the amount of money I put forward toward weekly books. I’ve come to the point where storage space is becoming a problem, and honestly I just can’t justify spending around $200 per month on comics anymore. I’m trying to cut back to a absolute maximum of $30 per week. I’d prefer to stay around $25 but that’s probably a pipe dream. This week I was JUST over my self-imposed limit, but still better than my usual 45-50 dollar pull.

Unfortunately this means that the reviews will vary from week to week, as there may not be a whole lot worth reviewing in my stack. On new series I’ll always try to pick up the number one just to see if it’s something I might want to continue with while another book gets bumped off, but there will be a lot of trial and error in the coming weeks.

Like I said, a shorter week than usual. But I’ve still got some things to say about ’em, so let’s go for it.

I was very close to dropping this particular title in the cull of my pull-list. I’ve been very vocal of how much  I didn’t like Blackest Night, and I already dropped Brightest Day after a single issue. Logic would dictate that this title would follow suit and end up as a casualty of my reading list dissection. But I’ve generally enjoyed the ongoing series of Green Lantern since it’s inception and I felt it deserved a shot, so I gave this issue a chance to keep me on board.

The problem with this issue is simply that it’s 95% setup for something else. That might not be a problem if the setup were for plots to be fleshed out in this book, but the ending sets up the forthcoming stories in the new Guy Gardner lantern book and Green Lantern Corps, both titles that I will not be picking up.

I suppose that if someone were picking up all the GL books right now, this wouldn’t be as bothersome. But to me, it’s a little frustrating. It’s the same issue plaguing the Superman books right now, where the reader is essentially forced to read all the titles if they want to understand anything. How is that a good thing for someone on a budget who just wants to read a single Superman book? I feel like the same effect is radiating off of the lantern books right now.

Luckily, it doesn’t look like the books cross over in the sense that one chapter begins in one book and you have to pick it up in another, like the aforementioned Superman titles. So hopefully now that the setup has been fleshed out, the main title can remain independent of the other books. Or at least, such is my hope, as I will not be defacto coerced into buying more monthly GL books. I’d sooner drop the main title and be done with it. Which is not something I want to do, because complaints about the nature of the issue aside, I actually enjoyed the book. Mahnke’s art is a great fit for Green Lantern and Johns gets in some decent character moments with Hal and Carol. If the book didn’t sidetrack itself trying to pimp the side-series, I don’t think I would have had much bad at all to say about the issue.

I think my contention that Johns is an excellent writer when applied to the right kind of series stands with this issue. Last week, his Flash proved this as well. He’s much better suited for monthly titles where he can work his magic over a longer period. Mini-series where he has to go straight to the finish line in the span of a few months seem to undercut his ability to build his characters and his story. Then again, if he has too much time to play with we get “Thy Kingdom Come” which ran for about six issues too long.

Johns needs to settle back in to the healthy middle.

This kind of reminds me of Spider-Man loves Mary Jane, but slightly off kilter. It deals with established female superheroes transplanted into the world of high school and centers around Janet Van Dyne aka the Wasp, who really always felt like she was a high school stereotype most of the time ayway.

The book is interesting in the way things are revealed, as we know that Janet can become the wasp and hints of teenage Jen Walters being able to turn into the She-Hulk are dropped, but we don’t get any explaination as to how these girls have their powers at this point in their life. I think that’s a little refreshing that establishing a continuity for this universe doesn’t seem to be a major concern and that more time is spent establishing the characters in the book. Janet puts on a bold face but never follows through with her boasts, all the while taking on the role of the fringe set outsider, a position that some readers of the book will most assuredly be able to connect with.

All in all, it’s a harmless little book that’s gotten too much crap dumped on it because of the title. Yeah, it’s a dumb pun and it’ll probably put some people off buying it. But it’s also a fun read, which I find myself drawn to more and more these days in the wake of my favorite heroes being ripped in half by my least favorite heroes and melodramatic schlock where Aquaman won’t even get in the water.

This reads more like Frank Miller’s take on the Spirit than it should. The brooding narration, the dark and moody Central City, the fact that the Octopus isn’t hidden in the shadows like he damned well should be…

Honestly, I don’t think the Spirit needs to be published anymore. Without Will Eisner to take the reins, anybody doing the book will be doing the character and his creator a grand disservice. The only person who even came close was Darwyn Cooke, but then again Darwyn Cooke might be some sort of wizard. I’m not sure. It’s only conjecture at this point. But this “First Wave” incarnation of the Spirit seems to be slightly wrong. There’s no warmth to this book. I think that might be because he doesn’t have a little Ebony White driving him around and cracking wise. Darwyn Cooke pretty much prooved that you can make the character work without seeming hokey and/or racist, so why leave him out? He’s a big part of what makes the Spirit feel like the Spirit, and this Spirit doesn’t feel like the Spirit.

This issue makes me wish that Azzarello were doing the book. In First Wave # 1 we got a little bit more of a classic take on the Spirit. A guy who relied on his wits to keep him sane in a world where you would have to be insane to do the things the Spirit does. The Spirit in that book had the warmth and (groan) spirit that the character should have. Maybe things will shift around in issue two, but I can’t bank on that. 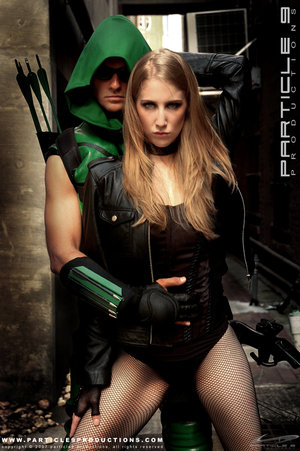 Black Canary is a hard costume to pull off. You really have to have the legs to rock those fishnets and be fully prepared for the attention that said fishnets will garner. You go to a convention wearing those babies and you can expect a plethora of stares and requests for pictures that will probably end up in some nerds fap bank. Thank god a bold few can actually pull it off. 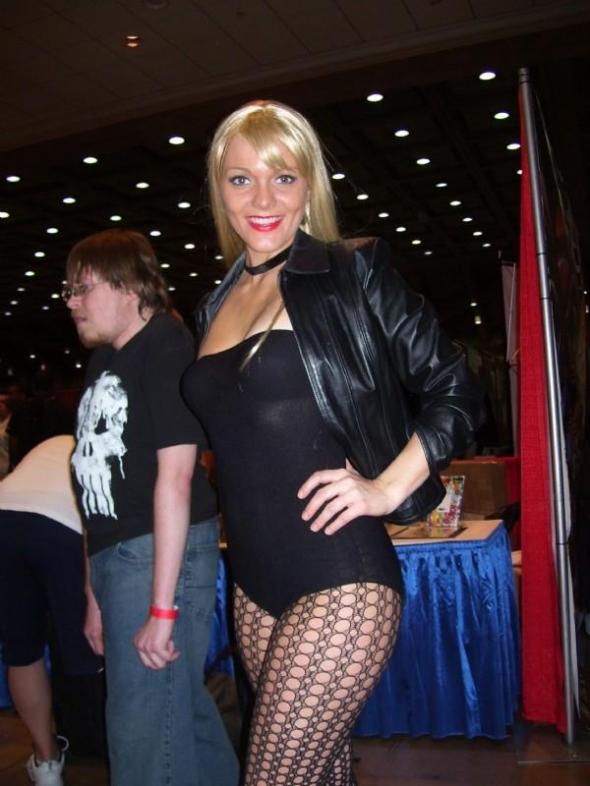 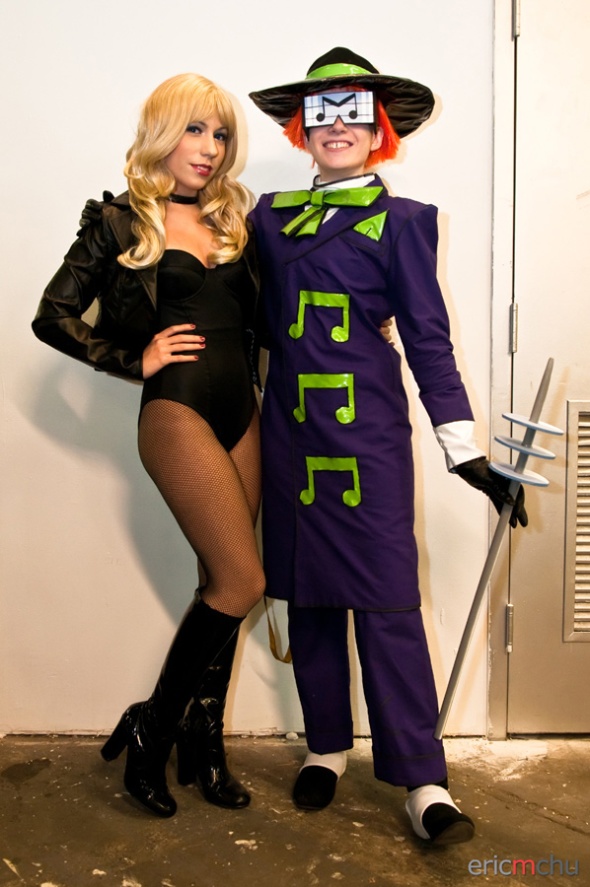 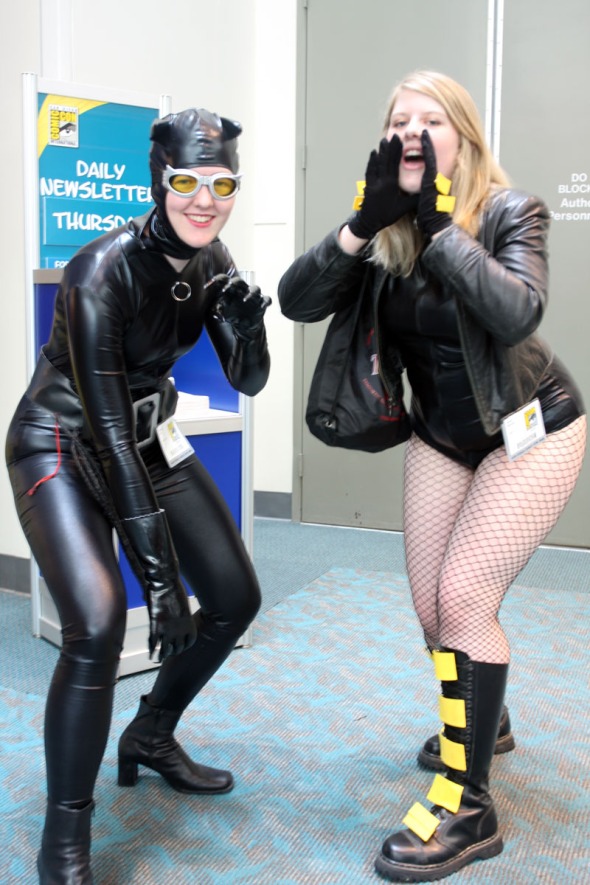 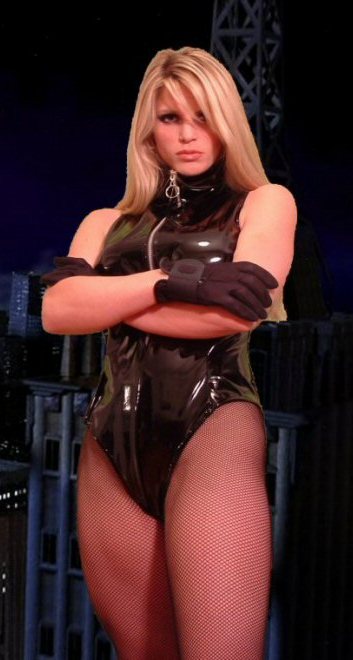