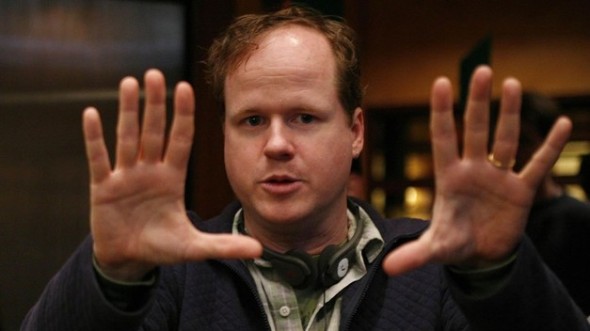 We’ve heard about reshoots on the set of Thor : The Dark World, and now we’re hearing via SFX magazine that Joss Whedon has been brought in by Marvel to toy around with certain parts of the film in the hopes of bettering the finished product. They seem to be playing it up as the architect of the Marvel cinematic world lending his golden touch but does it spell larger problems for the Norse sequel? Director Alan Taylor had this to say about the situation;

“Joss came in to save our lives a couple of times,” laughs the director. “We had a major scene that was not working on the page at all in London, and he basically got airlifted in, like a SWAT team or something. He came down, rewrote the scene, and before he got back to his plane I sort of grabbed him and said, ‘And this scene and this scene?’ And he rewrote two other scenes that I thought had problems. Then finally we let go of him, he took off again, and we shot the scenes; and they were just much better and much lighter on their feet. Much more fun, much more surprising than what we had been trying to do. I can relate to guys who come out of the TV world, since that’s where I come from. And being able to land and work and solve a problem quickly… I really was grateful.”

It seems like Marvel wants to do anything they can to make their Phase 2 films work. It feels like they aren’t putting much stock in the creative teams they’ve hired from the outset and prefer to tinker after the fact, which might spell trouble down the line. Let’s hope we don’t hear of the need for similar fixes for Captain America : The Winter Soldier. The last thing we need is a visible pattern.

This entry was posted on September 18, 2013 by J. Goodson Dodd. It was filed under Blog Posts, News and was tagged with Alan Taylor, Joss Whedon, Marvel, Marvel Comics, Movie News, Thor.