Shockingly, the news has broken that the Matt Fraction penned and Joe Mad illustrated Inhuman # 1 originally slated for a January release will be postponed to a later date (Update: We’re hearing now issue one will ship in April with issue 2 to follow in MAY). All orders for the issue have been cancelled by Diamond Comics Distributors. Considering I recently made a post about how Sandman Overture being late over at DC was a remarkable blunder, I have to reiterate that idea here as well for Marvel. Inhuman spins out of the Inhumanity one shot moving into a full series and rumors have been swirling that it is the blueprint for how Marvel can have “mutant” style characters in their cinematic universe while not stepping on Fox’s toes. Fox’s film rights to the mutant characters are solid and unflinching, so it is not surprising that Marvel might want to have an equivalent in their cinematic world.

The book being late has further repercussions as the Inhumanity tie-ins are already starting to trickle in. Avengers Assemble hits stores today with that branding at the top of the cover. If the book ships that much later than expected it could affect other books in the process. I think that a good portion of people expected this to happen when they saw Joe Madureira’s name on the solicit, but it is still a disappointment that such a hyped event is allowed to ship late.

One of the few artistically creative and consistent books that DC publishes is getting a creative change-up. Multiple sources are reporting that JH Willams will be exiting Batwoman following issue 26 due to creative differences with DC editorial over what they would be allowed to do in regards to story beats surrounding a possible wedding between Kate Kane and Maggie Sawyer. The creative team posted a statement explaining their reasons for leaving the title;

“Unfortunately, in recent months, DC has asked us to alter or completely discard many long-standing storylines in ways that we feel compromise the character and the series. We were told to ditch plans for Killer Croc’s origins; forced to drastically alter the original ending of our current arc, which would have defined Batwoman’s heroic future in bold new ways; and, most crushingly, prohibited from ever showing Kate and Maggie actually getting married. All of these editorial decisions came at the last minute, and always after a year or more of planning and plotting on our end.”

All in all they are being very professional about the whole thing, which stands in direct contrast to DC editorial who seem to feel that last minute changes and slashing previously approved scripting choices is the way to foster a profitable creative enterprise. When you hire a writer and artist for a book you take on the responsibility of trusting their judgment with the character you have handed them. Yanking the rug out from under them a year after the fact and stifling them creatively is not the way to keep people on your side. This is just the latest in a string of failures on the part of DC’s management structure to handle their creative pool. If your last name isn’t Snyder or Johns and you work for DC, please be advised that you mean nothing to the people in charge. Your creative output means absolutely zip. Do not for a second believe otherwise.

DC is a business. They are looking to make money. Creativity means little to them in the long haul. They wish only to make money and keep intellectual property in play for transition into other mediums. Batwoman is tied to the Batman line in a way that it gives her greater visibility but also closer scrutiny. DC seems to be of the mindset that marrying her in any fashion would have been a poor choice for their intellectual property regardless of her sexual orientation. This is a company that heralded her sexuality upon her creation but now seems hesitant to follow through with it. Williams has said that it was a matter of perception about the concept of a married comic book character and if she were straight they would likely have vetoed the storyline as well. This seems to stem from the nu52 attempts to keep everyone indeterminate in perceived age, a good example being Clark Kent not being married to Lois Lane and shacking up with Wonder Woman.

This decision is perplexing in a myriad number of ways. Creatively speaking it is the wrong idea. From a publicity standpoint it is also a terrible idea because even if the decision had no connection to Kate Kane’s sexuality, you can bet your bottom dollar that the headlines will make it so. The Hollywood Reporter loudly proclaims “‘Batwoman’ Co-Authors Exit, Claim DC ‘Prohibited’ Lesbian Marriage.” DC isn’t going to be able to sweet talk their way out of this without looking like they crushed creative freedom in the name of capitalist based homophobia. Good job, guys.

Marvel managed to turn the wedding of Northstar, a character nobody gave two thoughts about, into a promotional publicity win for their company. How DC did not realize that doing the same thing with a prominent member of the Bat-family would be a major notch on their belt is beyond my understanding. 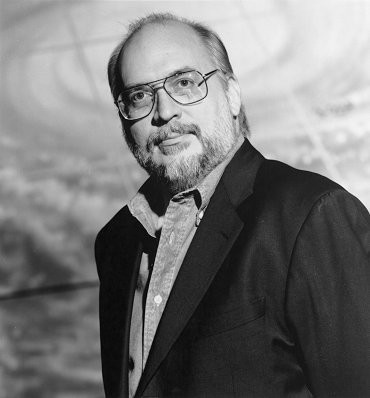 According to the official DCU newsblog, JMS will be taking his leave from the Superman and Wonder Woman monthly titles citing a need to prioritize the release of the next Earth One graphic novel as well as his recent healthy issues as the reasons for his early departure. Those concerned about whether or not the current storylines will be left dangling will be happy to hear that oncoming Superman writer Chris Roberson (of iZombie and Cinderella fame) as well as new Wonder Woman scribe Phil Hester will both be working off of Stracynski’s plot outlines. Those of you hoping that the storylines would be abandoned are out of luck. I would argue that the premeses behind the current direction of both books were sound and interesting, simply not being taken in the right direction due to Stracynski’s understanding of the characters being deeply flawed.

I’m sure some overzealous fanboys will be quick to theorize that this has something to do with the critical reaction to the series but the truth is JMS got mainstream exposure for the title, so whether or not the faithful drank his kool-aid was not a concern of the people publishing the books. He isn’t being forced off because of his failures, if anything it seems like they want to replicate the amazing success of Earth One as soon as possible considering the buzz on the first installment seems to be mostly positive.

The thing to take away from this is that both new writers for Superman and Wonder Woman are ASTOUNDING talents who I personally cannot wait to see tackle the characters. Especially Phil Hester. I have a sketch of Green Arrow he drew for me hanging framed in my office. He’s awesome. You should share my enthusiasm. I have enough to go around.