Ah hell, it’s that time again. Where I sit down and type out a bunch of snarky retorts to the weekly comic offerings I put money down for on a weekly basis. Unfortunately, a bulk of the week’s pull was in trade form and I can’t write up a timely review of collected stories so this column might be on the slim side this week. I’ll try to make for it in repetitive ramblings throughout the reviews.

Not a whole lot goes on here, traditionally speaking. There are maybe three plot movements in the entirety of the book, but this single issue does a great deal to set up the next major arc of the overal narrative because Butcher FINALLY finds out about Hughie banging a supe.

A great deal of the drama thus far has been the reader wondering what will happen when the Boys find out about who exactly Hughie is giving the high hard one to on a nightly basis, given that she’s a part of the group they are ACTIVELY seeking to bring down. And at this point in the issue we get a window into what is going to be coming down the pipe. Butcher reacts not with anger or a sense of betrayal but with a disappointment that he hadn’t been able to figure it out before this very moment. It’s a quiet moment that tells us even more about Butcher as a character. How will he handle the fallout? That remains to be seen. But reading the issue you can tell that Ennis put a great deal of thought into how he was going to handle this moment.

The majority of the issue is spent with Hughie and his girl Annie, exploring the boundaries of their relationship (“LET’S PURCHASE OUR HARDCORE PORN!!!”) and showing what kind of growth their coupling has forced upon them both fundimentally as characters. There is some hint that perhaps being in a relationship with Hughie has changed her in ways that might be driving a gap between them, just in the differences between what the need as far as intimacy and mutual interests. It could be read that Hughie feels a twinge of responsibility for Annie’s sudden personality shift. But, that’s just speculation on my part.

A great many people like to dump on Garth Ennis because his writing veers toward ultraviolence and sophmoric humor, but the man does character moments just as good as any other major writer, and better than some I could mention. The book also has the expressive art of Darick Robertson working in its favor. 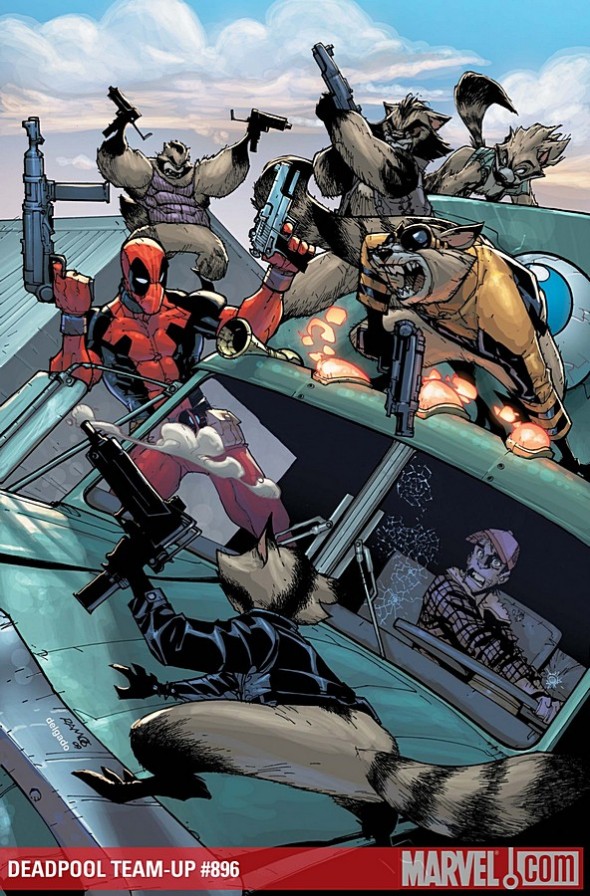 I think I’m getting burnt out on Deadpool. And gee, with around six regular series and eighty appearances a month, who would have thought that would happen? This particular issue suffers from the same problems I mentioned in my review of Merc with a Mouth # 7, in that the humor is entirely forced and derivitive. It doesn’t have the voice of Deadpool, that casual zaniness that seems to compliment the character so well. Instead we get cheap trucker jokes and some talking raccoons. Sorry to say, while that would normally have me giddy in my seat, this one just seems to fall flat. 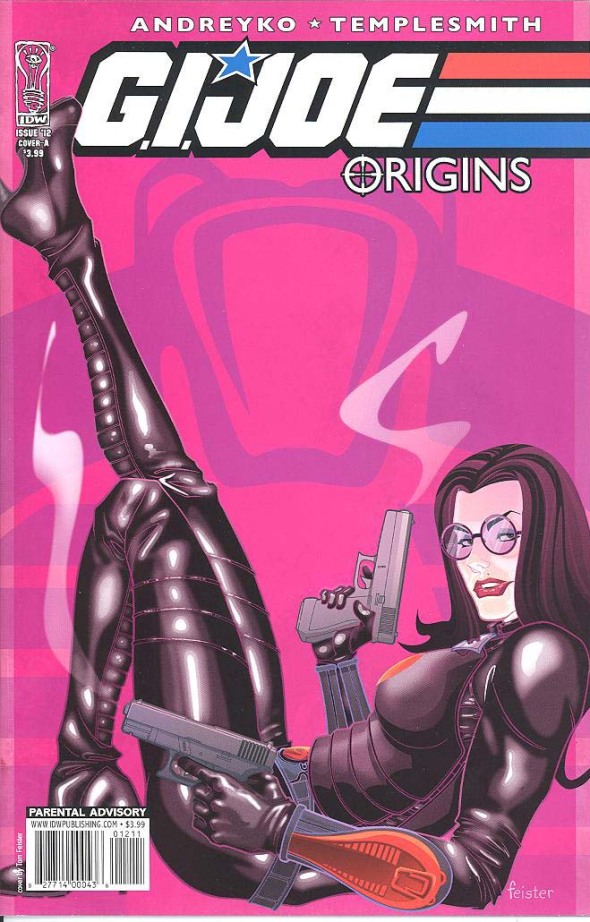 Two things made me pick up this issue; Marc Andreyko’s name in the credit list and that awesome cover. I have to admit that interior artist Ben Templesmith’s art styling is not my cup of tea, the issue itself is a pretty good standalone Baroness tale that gives us the new-canon origin of the character and a glimpse into what molded her morals and values before becoming the character as we’ve come to know her.

The issue hits all the right notes, and while the story is nothing we haven’t seen before, it’s a change of pace from where the book has gone previously and I felt I got my money’s worth out of it. Also, nice cover.

Okay, here’s the one people have been talking about. And it’s impossible to review without major spoilers so just turn back now if you don’t want to know who died and how and what I feel about it.

So Sentry rips Ares right in half. Yep, it’s Ares who was the “big death” Bendis was hyping. And while the fight leading up to it was pretty cool, it’s not all that impressive considering how many people we’ve seen ripped in half over the years, partiularly in Bendis-penned comics(Vision and Carnage, anyone?). Remember in my review of KICKASS where I said that Millar was the best hype man in the game? Bendis is kind of the opposite. Whereas we believe Millar every damned time despite the fact that we’ve been fooled by him before, everytime Bendis says something will be shocking or unexpected, we know that it’s just going to be one of his old tricks. At least this time he didn’t claim that the event would “rip the internet in half.”

Guys, is that Ares death supposed to be some kind of wink-wink joke? FUCK YOU BENDIS YOU SELF-CONSCIOUS WHORE!!!

That’s it for this week. I’m going to go punch a wall and calm down. *deep breath*