Man, this week has been hectic. I had to write a 2,000 word short-story for my creative writing class in addition to a two page essay on the importance of studying history as it relates to current events all on the first week of the semester. And then new comic book day rolls around and bombards me with a friggin’ huge stack of books, all of which are the ones that I eagerly anticipate every month. (Secret Six and Jonah Hex, yo.) So I’m not sure what kind of creative mojo I have left for the reviews but an attempt will be made anyhow.

So, yeah, lots of good stuff. Let’s get started, shall we?

It’s been months since the last issue of BTVS hit shelves. So long in fact that I cannot remember for the life of me what the hell was going on in the series at the time. I remember Spike came back and Angel was boffing Buffy again. But that’s really about it. I understand why they went on hiatus, but it really caused me to lose interest in the series while it was away. With its return this issue, we get a sort of hazy explaination for Angel’s motives as Twilight and Spike makes with the witty banter for a few panels, but not much else happens. It’s probably the quickest issue of any comic book I’ve read in quite some time, which is saying something considering I still read Archie books on occaision and that sort of light-hearted fluff still takes longer to digest than this particular issue.

I will say that the book’s final page did surprise me, although it probably shouldn’t have. It’s sort of a “pandering to the fans” move that comics like this one pull on a regular basis, that having been said, I’m interested to see where Joss goes with it. I’m still a Buffy fan at heart and no matter how blah the book has been over the last few months it’s still got the nostalgia bump going for it that forces me to see past the major flaws and enjoy it for all its worth. I don’t know how much mileage anyone else would get out of the book, but I doubt there are many people out there who aren’t already die-hard fans picking up the book on a casual basis. This book is for the people who stuck with the show to the end and then some.

We get a title change this issue, and a major tone shift from the events of World War Hulks. In the first of two stories, a gamma-family barbeque goes haywire when Betty and Bruce get into a little disagreement over their relationship as it relates to the whole “Betty Was Dead” thing and it escalates, as it always does, into a super-powered fight between Hulk and Red Shulkie.

I think what sets this book apart from Loeb’s Hulk book is that if the same scenes were tackled in the other book, the character development which is handled so masterfully here would have been lost in the manic insanity of the action. Hulk reads like a cartoon show while Pak’s reads more like a melodramatic stage play. I’m not going to call this issue high-art, as it doesn’t come close to matching issue #609, which I think might have been one of the best issues of Hulk I’ve ever read. But it still works on multiple levels because of the way the interactions feel so genuine. I really look forward to seeing how the multiple Hulks come to terms with each other.

In the second story, we catch up with the other Son of Hulk, who I admittedly have not been following and thus didn’t really understand where everything was coming from. They did their best to catch me up but I still felt a bit lost and I think that more people will enjoy the second story if they followed that character from the beginning, which I admittedly did not. I really didn’t care. I might have to find some Son of Hulk trades and get myself up to speed, because the mythology seemed interesting, I just wish I could have grasped it a little better.

Even if this weren’t a pretty good issue, it would be essential reading just so people could understand where the hell Elektra comes from when she shows up out of the blue in Shadowland # 3. I get the feeling that Shadowland might have a bit of Infinite Crisis syndrome when collected in trade unless they do it omnibus style and present all the side-stories in the collection in chronological order.

This one fills in some important gaps in the timeline while at the same time giving a damn interesting glimpse into Elektra’s mind and her feelings about Matt’s turn to the dark side, especially as it pertains to the death of Bullseye. As you can imagine, Elektra has some pretty raging emotions when it comes to that particular psycho, and the scene where she witnesses his death on a big screen in the heart of the city with the rest of the natives is particularly well written.

I am really enjoying Shadowland, but I think that in order to fully enjoy it you have to immerse yourselves in the tie-ins, and that’s something not a lot of people can do. It’s part of my complaint about Marvel’s business strategy. I know it makes them money, but in the long run they are going to burn folks out if this continues in such a fashion. 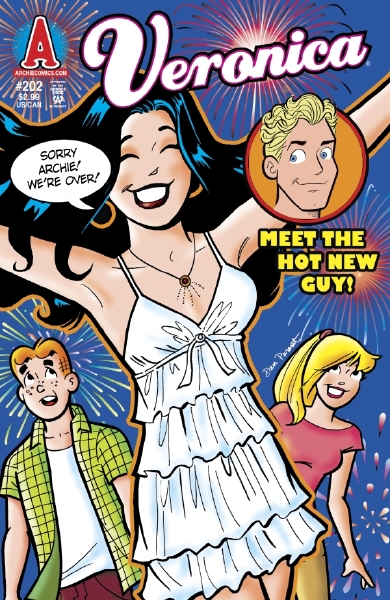 People have been talking about this one for a while now and I think it’s kind of funny. There’s nothing here that could possible offend anybody and yet neo-con right wingers are using it as an example of how the liberals are infecting children’s entertainment and trying to brainwash children to homosexuality and blah blah blah.

The fact that in this book the new gay character who Veronica lusts after is a well-adjusted healthy young man is admirable. His parents don’t in any way give him the side-eye, nobody bats an eye when he admits his sexual orientation, and there is not a hint of judgment. It’s a subtle message that tolerance should be the immediate reaction, and in that I have to applaud Archie comics for what it’s done here. Nevermind the fact that the issue is actually pretty freaking hilarious, with Jughead trying to keep Veronica from finding out the truth and thus driving her insane. There are some great gags here and I think it’s admirable that Archie can still be worth reading after all these years. 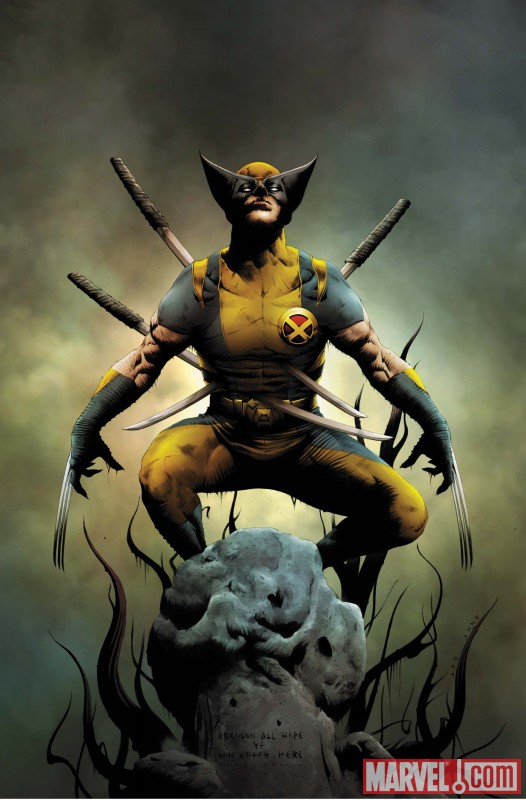 I wasn’t going to buy this one. I was going to pass it by and not look back. I read Wolverine in like eighteen other books and quite frankly I don’t really have much interest in him anymore. But then I started thinking about how much I enjoyed Weapon X and how Jason Aaron has never really written anything I didn’t like, and so I threw it on the stack anyway.

I’m glad I did because he once again manages to knock it out of the park. I think that for the longest time most people didn’t know what made a decent solo Wolverine story. They simply tried to ape the parts of stories that they themselves liked when the first became enamored with the character and it never quite worked. Aaron is able to create something that builds off of Wolverine’s over-arching history while at the same time feeling fresh and modern. The amazingly beautiful art by Renato Guedes only serves to better bring the action to life. I’ve loved Guedes since I discovered his art on Supergirl and think he’s one of the most talented artists working right now. The level of detail he gives is astounding and here he sort of reminds me of Steve McNiven, but that might just be my mind playing tricks on me.

Either way this looks like it’ll be a series to keep on the pull list. I don’t see this one taking a downward turn anytime soon. If it’s anything like Weapon X was, it’ll only get better with each subsequent arc.

And that’s it for this week. If you take away anything from these reviews its that you should probably be buying more Archie comics. Seriously. That stuff is a gold mine.