So last night on Facebook I liveblogged the Oscars. Here’s the transcript in an attempt to actually post something today. 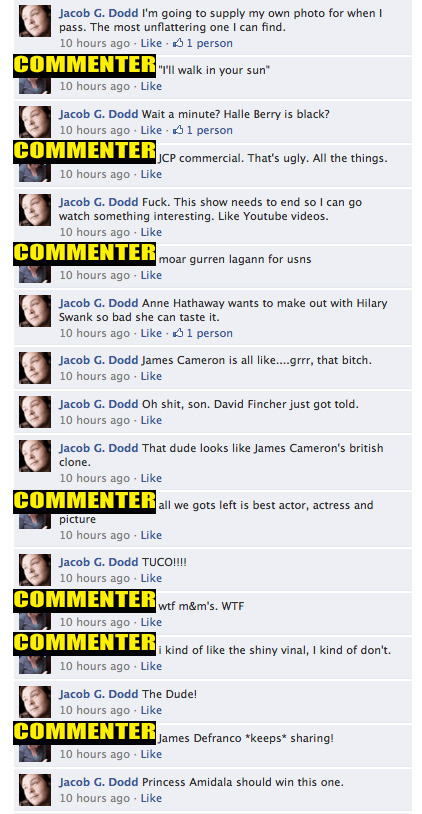 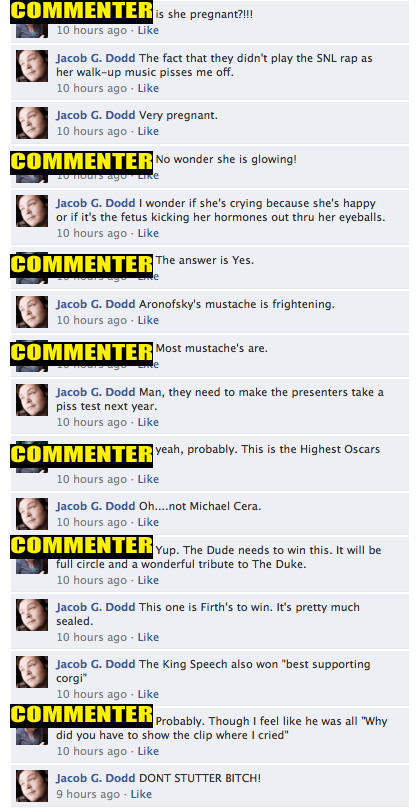 What Would You Write? 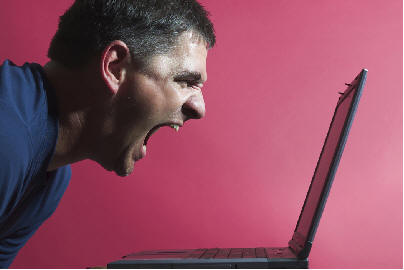 Yesterday while working in the shop, a discussion formulated about this blog and my attitudes toward certain writers or characters. The conversation inevitably led to the question, if I were writing for DC or Marvel, what character would I most like to write and who says I could do any better than the people writing that title at this very moment.

The real truth is that while I absolutely adore the characters of DC and Marvel, I don’t have any true aspiration outside of perhaps a childhood fantasy wish fulfillment scenario to write those characters. I don’t think I’m particularly well suited to writing in that particular field. Not because I dislike serialization or don’t think that I have stories that fit the characters, because I do, but moreso because I would rather self-publish a book entirely of my own design in the mold of fellow Houston writer/artist Terry Moore, or have an original creation published through Image or some other publisher.

I am in fact working on the script for such a series, though I don’t know how I plan to publish it. Either through the same company that I used to print my first novel or to shop it around to publishers like Image. I suppose I need to get an artist on board first, as that would be a major part of getting the thing published in the first place.

But back to that original question, if tomorrow I got a call from the people at Marvel or DC and they said they wanted me to pitch them a story for a character of my choosing, who would I choose to write? Everyone here should know how much I absolutely love Batman. I mean, the first film I can remember seeing was the 1989 Batman movie with Jack Nicholson and Michael Keaton. I’m currently wearing my “lucky” bat-symbol boxers as I type this. But I don’t think that I would be able to take the reins of Batman either in his main book or even in an ancilliary mini-series due to the fact that there’s too much hovering over my head in terms of expectations, and I fear that immediately following my run some big name writer would erase my work with the stroke of a pen and all my writing would have been for naught. And were I to do a mini-series it would likely be regarded as insignificant and passed over.

The same goes for characters like Captain America or Spider-Man over at Marvel. I’d be so intimidated by the legacy of those characters that putting my name on the book would render me into a quivering neurological mess.

Over at DC, there’s only one choice:

Why? Because I love fun characters, and PG is one of the most fun DC has to offer. I feel like she has been written extremely well by some really talented people, especially the current creative team, whom I will be sad to see depart with this week’s issue # 12.  That having been said, there is plenty of room for expansion on the character. I think that there are many writers who are two quick to see what’s been done with her and reduce the book to a one note joke or they don’t know what to do with the character at all.

I would like to take hold of Power Girl and expand on the great work that Jimmy and Justin have done, and bring her to prominence in a way that makes it hard for her to be ingnored in the grander scheme of the DCU. Essentially do for her what Marvel has done for Ms. Marvel lately. Her book may not have been a mega-seller but it did raise her level of recognition and ingrain her into the rest of the shared universe, making her a central character. PG may be a member of the JSA but she’s not popping up in other books simply because she’s such a public figure in the whole of the DC universe.

In the grand scheme of things I suppose most of the characters I would most enjoy to write would be the ones who have been written well in the past but aren’t really very prominent when you look at the progression of the shared universe as a whole. Over at Marvel I’d love to write She-Hulk, Wonder Man, and I’d really like to try my hand at The Runaways even though I know that the internet would condemn my writing before a page ever hit the stands.

Will any of this ever come to fruition? Probably not. I think my teeth gnashing towards Geoff Johns has essentially black-listed me there at DC, and I’ve been fairly vocal about my displeasure with Marvel from time to time. I’ll have to publish my own horse-crap from here until the end of time.