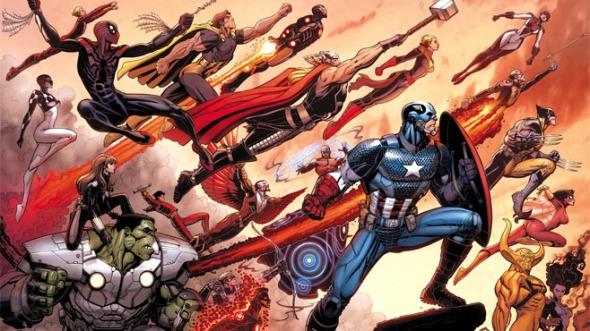 Word coming out of the Marvel panels at NYCC has a slew of new titles being announced, some of which are extremely interesting indeed. Let’s give a quick rundown.

What are you most looking forward to? Personally, Black Widow and She-Hulk look the most promising and I cannot wait to see the internet explode over Dan Slott’s Silver Surfer. I’m not sure we needed ANOTHER Avengers title to go with Avengers, New Avengers, Avengers Assemble, et. al. But seeing Hickman filtered through Spencer could make for some interesting stories. 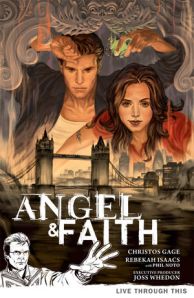 Synopsis: Angel has made bad choices in his life. Most recently? While possessed, he killed Giles. However, he believes he’s found a way to make amends, by bringing the Watcher back from the grave! Cue Faith–rebel Slayer, and Angel’s only ally–who only supports this harebrained scheme in order to keep her friend from catatonia. New threats emerge as this unlikely duo struggles against real and personal demons alike, while hitting the dark streets of London! Collects Angel & Faith #1–#5, plus the Harmony one-shot.

In order to fully appreciate this book you will have had to have read Buffy season 8 from Dark Horse. In order to appreciate that you will have had to watched the Buffy series in its entirety. Basically, this book has a very limited audience going in. If you were not a fan of Buffy or Angel on TV, this is not going to change your mind. This is a book entirely for the people who did love those shows and are still saddened that they aren’t on the tube anymore. I’ll admit I fall into that camp. I even read that Angel series from IDW, the one that they reference in this book casually but is ultimately forgettable in most every way. I give Gage credit where it is do for dropping enough exposition to catch people up who may not have followed through with Season 8 of the Buffy comic, but this is still very much a continuation of what has come before. I liken this book to taking part two of a math class. If you missed the first semester you’re not going to be able to pick things up without a little extra effort.

So how does the book measure up to what has come before? First and foremost, this is the best Angel based comic book I’ve ever read. He’s getting a much better shot here than he did at IDW. His characterization and circumstances are infinitely more interesting this time around. The tone feels closer to his own show than the IDW series did and I feel like it is important to point out that the biggest difference between the two series is that this one is absolutely gorgeous. I cannot say enough how amazing Rebekah Isaac’s work here blows me away. The detail she puts into every little scene really wows me. The background carnage in the wake of a demon attack is something most might miss but caught my eye, with bodies hanging from coat-hooks in a quite grisly manner. I also liked the fact that for a few panels she stuck faith in a Boston Red Sox shirt. That’s something that really works to give us little looks at the character without wasting exposition. Isaacs is as good a visual storyteller as Gage is a scriptwriter and it holds the story together quite well.

Of all the Buffy comics I’ve read recently, this comes out on top. Hands down it is one of the best made spinoff comics I’ve ever laid eyes on. It is wonderfully drawn, the characters are written well and seem to fit with what has been established. I like where they are going with the title and if you were turned off by Buffy season 8 this might be a good place to jump back in. I certainly am going to follow it for at least as long as this creative team is on board.