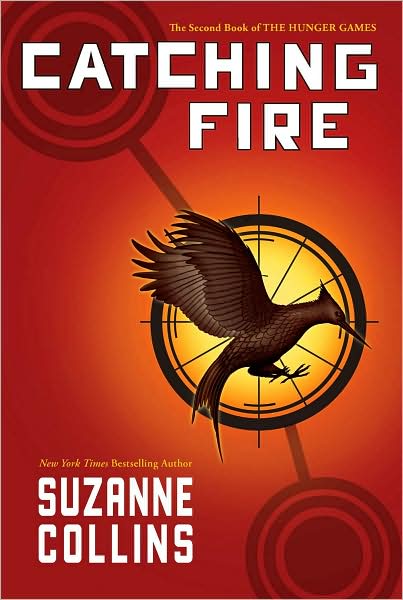 I spent the majority of my Fourth of July weekend spending time by myself and reading but I also managed to get out and have fun with my friends so I didn’t even think about getting back to updating the blog until this morning but I had a mid-term to focus on and so I apologize for letting July get off to a less than stellar start.

But I’m back now!

I think if I ever met Suzanne Collin’s I’d slap her in the face with a NERF bat. She simply has no right to write a sequel as good as Catching Fire. I just finished writing my second book. I’m still in the middle of my literature degree at the University of Houston. To say that it frustrates me when I see a book like this is a bit of an understatement. I almost want to give up reading entirely so that my own insecurities never need to be explored. But then again, every time I read something like this, which is both commercially and critically loved, I recognize little bits of what works in the arena of modern fiction and I store that away for future use. But Collins fires on all cylinders here, giving us a book that rivals the tension of the first book but with a completely different spin.

The idea of fearing for your life and the things you will do to survive as well as to save the lives of those you love is a strong theme to dwell on and it’s expanded on here by taking the characters out of the public spectacle of gladiator combat and instead focuses on the idea of public relations and poltical intrigue. The introduction of President Snow as an ominous figure who can control the fate of anyone within the districts is an interesting counter-balance to the guerrila fighting of the first novel. Of course they revisit the games and that element resurfaces but the climax of the first book changed the game, so to speak, so that it doesn’t feel like a retread.

I could not help but recognize the influence of The Empire Strikes Back, in terms of sequel structure within Catching Fire. The lore gets expanded. The characters learn shocking things. The ending is a bit of a downer. If you’re going to follow an established structure there are worse ones to choose.

I’m moving on to book three now, which promises to be almost a complete 180 turnaround in style and tone, and I really can’t wait to get to the end. Expect a review pretty soon.