Sam Humphries made the announcement on his Tumblr page that his run on Uncanny X-Force will be coming to an end with issue number 17 early next year. This comes as sad news to me, who only yesterday started reading the series on the suggestion of my co-worker who praised it as the best X-book on the stands right now. I am currently loving all the x-books and think everyone working on those titles are doing a bang-up job, with major props to Brian Wood and Brian Bendis for revitalizing the line after my own interest had started to flag a little bit.

Uncanny X-Force is indeed every bit as good as my cohort describes. If you aren’t reading it you should definitely give it a read. It has a very distinct voice when coupled with all the other X-books. Humphries instills characters like Psylocke and Storm with a boldness and unique voice that I personally feel they have sorely lacked in the past. Also, anybody who has the good sense to realize that Puck deserves to get some of the spotlight from time to time deserves a whole heap of praise.

Humphries and Garney put together a truly special x-book that I am sad to see go. I wish I would have been able to go along for the ride from the beginning. I’ll follow through with it to the end now, though. I hope I’m not alone.

The new novel is almost finished…again. See, this is what happens when I work in “Drafts.” So in between that, school, work, and a revitalized social life that includes actually having to go outside of the house for stuff like concerts (on Thursday nights), don’t be surprised if the blog starts to lie dormant for chunks of time. I try to avoid it but I’m a one man operation here. That having been said, I’m not gonna deny you guys the comic reviews you so deserve. By that I mean that I’m going back to the old format of cherry-picking what issues to review instead of doing the whole stack because it’s getting harder to go through the whole stack in a single evening.

And let’s get this show on the road:

Garth Ennis is underrated when it comes to giving us character moments that stay with the reader in their gut long after they’ve finished reading the issue. Here we get the inevitable confrontation between Hughie and his superhero girlfriend for the first time since he found out she was a supe and since he saw her “initiation” video into the Seven where she did more with her mouth than give a convincing presentation of her resume.

The pathos and emotion on display between Hughie and Starlight here is gutwrenching. While Garth Ennis is able to craft visceral gore and violence with reckless abandon, his ability to make you care for the characters he writes is generally overlooked, which is a huge shame because it’s stuff like this that shows what the serialized medium of comics is capable of pulling off with a competent writer at the helm. This issue has been building for some time. It’s not rushed, it hasn’t been drawn out or decompressed, it’s simply been building to a boiling point.

This may be some of Garth Ennis’ best work. I know it’s not as roundly applauded as Preacher or Punisher Max, but it is probably his most carefully crafted since Preacher ended and I think that in the end people will recognize it for the treasure that it truly is. 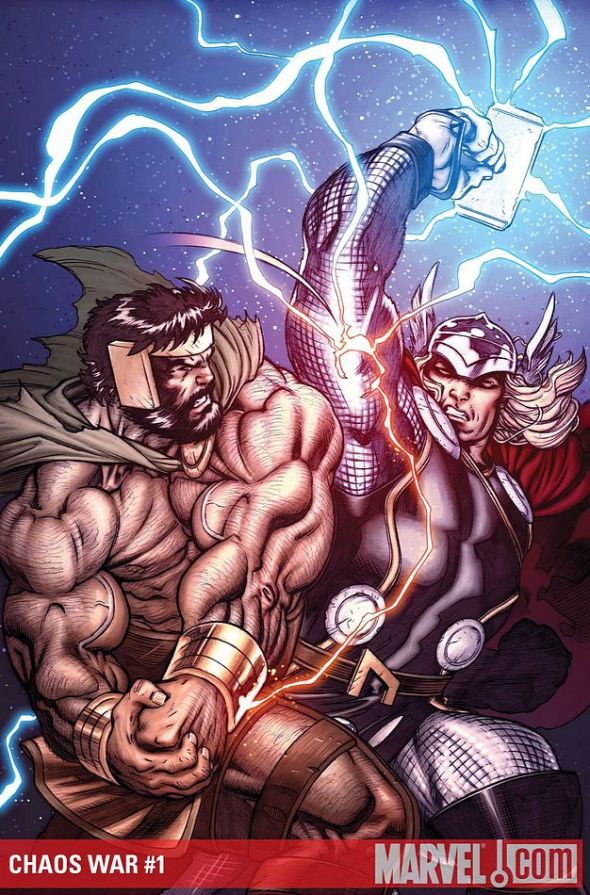 I am happy to see Hercules back. I truly am. I love the guy. As far as this particular issue, I’m not so sold on the event after the premiere as I was with Shadowland a few months ago. I think that Greg Pak and company did a good job of getting us pumped up for some good old fashioned theological thrashing in what is coming down the road, but there was no big moment that made me step firmly on board with the series. That’s not to say that it’s a bad issue, there is some good stuff set up here, and it’s bound to get much more epic as it goes on. I simply think that a good portion of people are going to be underwhelmed by the debut issue, as not a whole lot really happens. It’s a setup issue pure and simple.

The question this series needs to answer is whether or not the setup is going to pay off. This is going to be one of those series that won’t have a whole lot of impact on the larger Marvel universe the way that Shadowland will because the Marvel Gods don’t seem to get a whole lot of focus in the grand scheme of things unless they somehow relate to Thor, but seeing how Fraction is doing his own thing with the Thor-verse, the reverberations of this series will have to be felt elsewhere, and unless they relaunch an ongoing Herc series, I’m not sure where that will be. 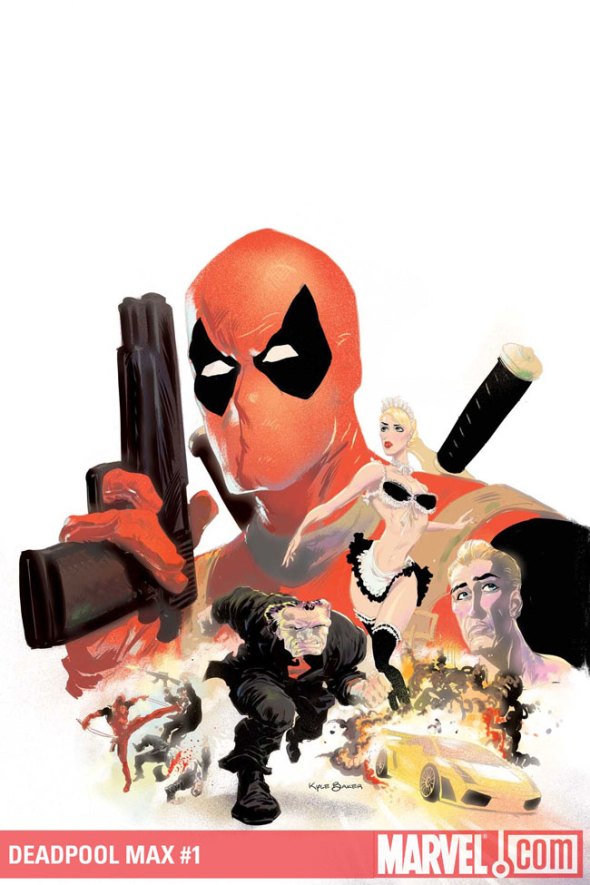 This is the one people have been waiting a good long while for. We’ve wanted some unrestrained Deadpool action forever and we finally get it courtesy of Kyle Baker and David Lapham. In the first issue however, we don’t actually get a whole lot of Wade Wilson. We get a lot more Agent Bob and sodomy. The violence is there, as is the swearing and the sexual situations. It’s definitely a max book. What seems to be lacking is, well, Deadpool. He really only shows up for maybe 5% off the book.

What remains to be seen is how this book will work out in regard to how they want to portray Deadpool. I doubt he’ll be breaking the fourth wall or being as goofy as he is in the 616. We already know from this issue that Deadpool will be treated more as a government assassin than a freelance merc for hire, and that he’s more mentally damaged and dangerous than gutlaugh funny. This book follows the pervasive Marvel trend of waiting until issue two to give us the full picture of what the series will end up being like in the long run. Luckily, the first issue was entertaining enough that I won’t feel like an idiot for picking up issue three.

Jonathan Hickman can do no wrong apparently. According to the internets, Kurt Busiek doens’t like him but he seems to be the lone dissenting voice. With Ultimate Comics Thor he gives us a look into the origins of the Ulimate U’s version of Thor and it seems to be a basic mirror of the regular Thor, except in the Ultimate scheme of things, there are a lot more nazis.

This series is likely going to be one of the best to come out of the Ultimate relaunch. It’s obvious that this one is being produced to be shoved into a hardcover and rushed into bookstores around the time the Thor film hits theaters. I’m not sure how that worked for the Black Widow miniseries from Paul Cornell, but it seems like a smart enough move. It helps that it’s a damned good read. If you’re going to try to introduce someone to a character, you could do worse than the setup they use here. It’s integrated enough into the Ultimate Universe that those with familiarity will be able to place it in continuity, but new readers will be able to jump in just as easily. That’s not an easy feat, no matter what universe you’re working in.

This one is the winner of the week. Rick Remender may be Marvel’s new secret weapon, as the man has yet to produce a book that doesn’t totally kick all sorts of ass. He’s managed to make Deadpool funny without being over the top. He’s made X-Force not seem like a cliche. He’s managed to give X-Force a purpose beyond being an unnecessary ancilliary title predicated on having a place where Wolverine can stab people with reckless abandon.

I was originally going to skip out on this one. The last X-Force title did nothing for me. Everything about it pretty much went against my established sensibilities. I was afraid this was going to be more of the same. I should have known better. Rick Remender, who is rapidly climbing the ladder of my favorite writers following Last Days of American Crime and FrankenCastle, brings us a new X-Force that seems fresh and new, despite building off of plot threads that have been hanging for quite some time. (Archangel, people. Archangel) And while it definitely plays off some rich history, it isn’t like say, New Mutants, where people unfamiliar with the original story of Inferno might be a little bit lost with the new storyline.

And that does it for this week. Join us next time when hopefully DC puts something out worth Reviewing. (I’d review Secret Six, but c’mon, you know how I feel about that book. I’d marry it if I could.)